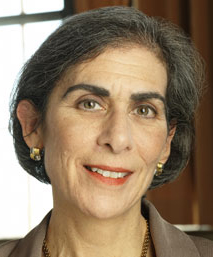 Amy Wax’s work addresses issues in social welfare law and policy as well as the relationship of the family, the workplace, and labor markets. She has published widely in law journals, addressing liberal theory and welfare work requirements as well as the economics of federal disability laws. Her most recent book is “Race, Wrongs, and Remedies: Group Justice in the 21st Century”. Wax has received the A. Leo Levin Award for Excellence in an Introductory Course and the Harvey Levin Memorial Award for Teaching Excellence. As an Assistant to the Solicitor General in the Office of the Solicitor General at the U.S. Department of Justice in the late 1980s and early 1990s, Wax argued 15 cases before the United States Supreme Court.