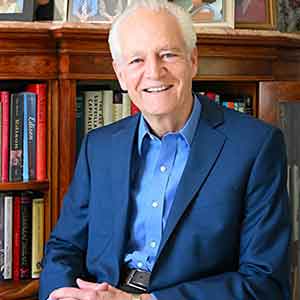 Craig Wright holds an M.A. and Ph.D. from Harvard and has taught at Yale for more than forty-five years, where he continues to offer “The Genius Course” each year. Professor Wright has published several books on music and cultural history, including his latest, The Hidden Habits of Genius. Yale has recognized Wright’s contribution to undergraduate teaching in the form of its two most prestigious prizes: the Sewall Prize and the DeVane Medal. He was also awarded an honorary doctorate from the University of Chicago and in 2011 was elected a member of the American Academy of Arts and Sciences.

The Hidden Habits of Genius: Beyond Talent and IQ

The Genius (and Rivalry) of Thomas Edison and Nikola Tesla - (Livesteam)

How to Think Like a Genius: What Makes Them Different?

The Musical Genius of Mozart