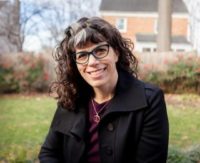 Dana R. Fisher is a Professor of Sociology at the University of Maryland. Her most recent book is American Resistance: From the Women’s March to the Blue Wave. Professor Fisher’s media appearances include CNN, MSNBC, PBS Newshour and NPR, and her research has been featured in numerous media outlets, including The New York Times and The Washington Post.