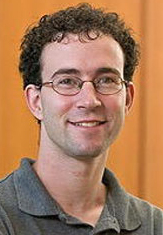 Danny Oppenheimer Professor of Marketing and Psychology at UCLA Anderson School of Management. His research has garnered awards from the Society of Judgment and Decision Making, the European Association for Decision Making, and the Cognitive Science Society, and has been widely reported in mainstream media outlets, including the Economist, The New York Times, and The LA Times. Professor Oppenheimer has also won grants and fellowships from the National Science Foundation, Spencer Foundation, and Hewlett Foundation. Prior to joining the faculty at UCLA, he taught at Princeton, where he was the recipient of the President’s Award for Distinguished Teaching and the Phi Beta Kappa teaching award. In 2006, he was awarded the Ig Nobel Prize for research that makes you laugh, and then makes you think.