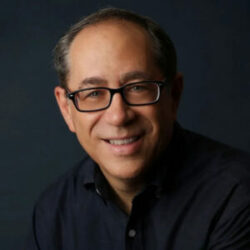 David A. Bell (Ph.D., Princeton) is the Sidney and Ruth Lapidus Professor in the Era of North Atlantic Revolutions, Professor of History at Princeton University. Previously, he taught at Yale and Johns Hopkins University, where he held the Andrew W. Mellon Chair in the Humanities and served as Dean of Faculty in the School of Arts and Sciences. A member of the American Academy of Arts and Sciences, and a corresponding fellow of the British Academy, Professor Bell has been a fellowship recipient from the Guggenheim Foundation, amongst others. He has written seven award-winning books, including:  The Cult of the Nation in France, Napoleon: A Concise Biography, and Shadows of Revolution: Reflections on France, Past and Present. Professor Bell is also co-editor of Rethinking the Age of Revolutions: France and the Birth of the Modern World.

The French Revolution: What Really Happened?