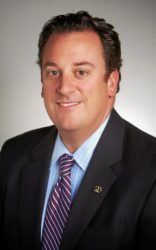 David A. Dulio is a professor in the Political Science Department and Director of the Center for Civic Engagement at Oakland University. He teaches courses on campaigns and elections, Congress, political parties, interest groups, and other areas of American politics. Dulio has published twelve books, with two of his most recent being Cases in Congressional Campaigns: Split Decision and Under The Iron Dome: Congress from the Inside.  He has written dozens of articles and book chapters on subjects ranging from the role of professional consultants in U.S. elections to campaign finance.  Dulio is also a former American Political Science Congressional Fellow on Capitol Hill.

The 2022 Midterm Elections: What to Expect (and What Not to Expect)