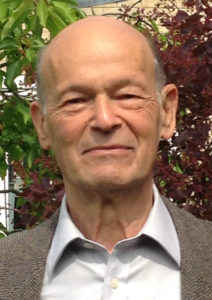 Jonathan Steinberg is the Walter H. Annenberg Professor of Modern European History at the University of Pennsylvania. He served as an expert witness in the Commonwealth of Australia War Crimes prosecution and was also appointed to the Historical Commission of the Deutsche Bank A.G. Frankfurt am Mein to examine bank activity under the Nazis. His reviews have appeared in The London Review of Books, The Evening Standard, The Financial Times, and The Times Literary Supplement. Professor Steinberg has written many radio and TV documentaries, including the BBC Radio Four’s salute to the U.S. Constitution, Secure in their Persons. He is also a member of the Presidential Advisory Commission on Holocaust Assets.