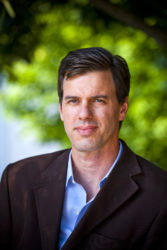 Joseph Crespino has been a professor of American History at Emory University since 2003, where he teaches courses on 20th century U.S. political and cultural history, and on the history of the American South since Reconstruction.  His research has been supported by the National Endowment for the Humanities and the National Academy of Education.  In 2014, he served as the Fulbright Distinguished Chair in American Studies at the University of Tubingen, and he has been named a Distinguished Lecturer by the Organization of American Historians.  Crespino has published three books, has co-edited a collection of essays, and has written for academic journals as well as The New York Times, the Washington Post, Politico, and the Wall Street Journal.

Searching for Atticus Finch: To Kill a Mockingbird, Harper Lee, and a Fictional American Icon