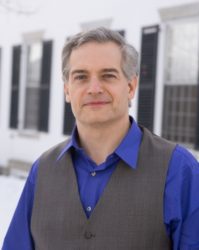 Paul Christesen is William R. Kenan Professor of Ancient Greek History at Dartmouth College and a Life Fellow of Clare Hall at the University of Cambridge. Professor Christesen currently is coordinating, with Paul Cartledge of the University of Cambridge, an international team of more than 40 scholars working on an eight-volume history of Greece between c. 750 and c. 480 BCE, entitled The Oxford History of the Archaic Greek World.  He has written three books on ancient Greek sports and edited two others, including The Bloomsbury Cultural History of Sport in Antiquity.

A Companion to Sport and Spectacle in Greek and Roman Antiquity — Paul Christesen and Donald G. Kyle, eds.

Sport and Spectacle in the Ancient World, 2nd edition, by Donald G. Kyle

The Olympics in Ancient Greece