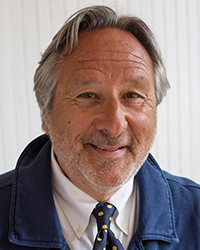 Philip Eliasoph is a professor in the Visual and Performing Arts school at Fairfield University. He tours students on museum trips and cultural tours from New York to Florence and Rome, and has made significant contributions to the field of American Art with his research and publications. He is a public arts advocate, serving by appointment of the Governor on the Commissioner for the State of Connecticut’s Arts Division, and was the founding co-president of the Town of Fairfield Arts Council. In 1996 he was the founder, director and on-stage host/moderator for the university’s popular ‘Town Hall’ public affairs series: Open Visions Forum. Professor Eliasoph was honored with the Alumni Association’s Distinguished Faculty Award by Fairfield University in 2008.