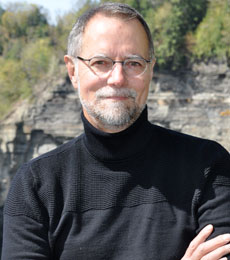 Robert H. Frank is the Henrietta Johnson Louis Professor emeritus of Management and Professor emeritus of Economics at Cornell’s Johnson Graduate School of Management. A co-recipient of the 2004 Leontief Prize for Advancing the Frontiers of Economic Thought, Professor Frank also was awarded the Johnson School’s Stephen Russell Distinguished Teaching Award in 2004, 2010, and 2012, and its Apple Distinguished Teaching Award in 2005. For more than a decade, his “Economic View” column appeared monthly in The New York Times, and he is the author of more than ten books, including Success and Luck: Good Fortune and the Myth of Meritocracy.

Success and Luck: Good Fortune and the Myth of Meritocracy