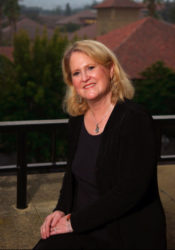 Shelley Fisher Fishkin is the Joseph S. Atha Professor of Humanities, Professor of English and Director of American Studies at Stanford University. She is the author, editor, or co-editor of 48 books, including the 29-volume Oxford Mark Twain; Was Huck Black? Mark Twain and African American Voices; The Mark Twain Anthology: Great Writers on his Life and Work; and Writing America: Literary Landmarks from Walden Pond to Wounded Knee.  Professor Fishkin is a past president of the Mark Twain Circle of America and the American Studies Association, as well as a founding editor of the Journal of Transnational American Studies. In addition to lecturing on Mark Twain across the world, her research on Twain has been featured twice on the front page of The New York Times. She also is the recipient of the John S. Tuckey Award for Lifetime Achievement in Mark Twain Studies by the Center for Mark Twain Studies.

Lighting Out for the Territory: Reflections on Mark Twain and American Culture, Shelley Fisher Fishkin

Mark Twain and the World