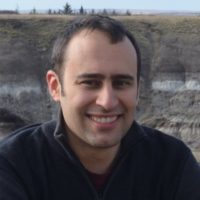 The Last Days of the Dinosaurs

The Rise and Fall of the Dinosaurs: Four Surprising New Discoveries