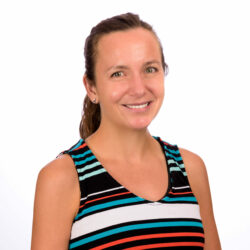 Victoria Jackson, Ph.D. is a sports historian at Arizona State University. She writes and teaches about the intersection of sport and society, exploring how the games we play (and watch) tell us much about the communities – local, national, and global – in which we live. Her work has appeared in the Los Angeles Times, Washington Post, Boston Globe, Slate, The Athletic, Sportico, The Chronicle of Higher Education, and The Independent (UK), and she recently appeared on 60 Minutes and in the documentary film College $ports, Inc.  A former NCAA champion and retired Nike-sponsored professional runner, Professor Jackson would really like for one of her students to break her 5,000-meters school record as soon as possible.

50 Years of Title IX: The Past, Present, and Future of Girls’ and Women’s Sports