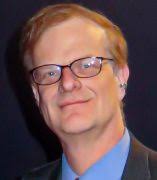 Walter J. Podrazik teaches communications courses on future TV, television history, and the intersection of mass media and politics at the University of Illinois at Chicago. Podrazik handled media logistics at the Democratic Party’s quadrennial presidential nominating conventions and at both inaugurals of President Bill Clinton. He is co-author of ten books, including Watching TV: Eight Decades of American Television, and an on-camera expert in the CNN miniseries The Nineties and The 2000s. For the 2017 Great Books volume Tube Talk he wrote “Pursuit of the Public Interest in the Vast Wasteland,” which is about the continued relevance of Newton Minow’s Vast Wasteland speech.