1964: The Election that Changed America 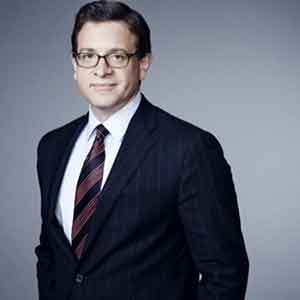 Julian E. Zelizer is the Malcolm Stevenson Forbes, Class of 1941 Professor of History and Public Affairs at Princeton University. He is the author and editor of 20 books, including: The Fierce Urgency of Now: Lyndon Johnson, Congress, and the Battle for the Great Society” and his latest book, Burning Down the House: Newt Gingrich, the Fall of a Speaker, and the Rise of the New Republican Party. A CNN political analyst, and regular guest on NPR’s “Here and Now,” Professor Zelizer also co-hosts the popular podcast “Politics & Polls.”

The 1964 election, which pitted President Lyndon Johnson against Senator Barry Goldwater, was one of the most consequential in American history. The election took place at a fraught moment in American history, when a grass roots civil rights movement was placing immense pressure on elected officials to move forward with a bold domestic agenda and when a conservative coalition in Congress continued to stifle progress on legislation.

In this lecture, Professor Zelizer will explore the dramatic struggle that took place between the incumbent president — who had only recently taken office following the assassination of John F. Kennedy — and a conservative Senator who demanded that his party embrace a sharp rightward shift. The results of the election were dramatic. As a result of a Democratic landslide that brought a huge influx of liberal Democrats into Washington, and placed conservative Republicans on the defense, voters helped to break the logjam in Washington, establishing a clear pathway toward the Great Society. At the same time, though he lost by a landslide, Goldwater’s campaign set the terms for Republican politics for decades to come.