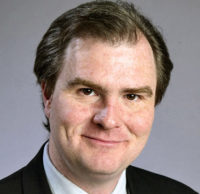 Robert Thompson is the founding director of the Bleier Center for Television and Popular Culture at Syracuse University and Trustee Professor at the S.I. Newhouse School of Public Communications. He has written pieces for The New York Times, The Washington Post, NPR’s Morning Edition and All Things Considered, and others, and his commentary has been featured on hundreds of radio and TV programs, including CBS’s 60 Minutes, PBS’s American Experience, and ESPN’s 30 for 30. Professor Thompson is the author or editor of six books about American television.

Americans have been watching TV for more than three-quarters of a century, and what we see on the screen has changed a lot since the late 1940s. Usually that evolution was gradual, reflecting historical developments in society, politics, and culture. But sometimes the change was radical and sudden, thanks to important individual shows that introduced new possibilities to the medium. In this course, Professor Thompson will examine six pivotal shows that transformed television in ways that can still be seen in the programs we watch today.

TV That Changed the Rules:

I lived through it all and was blessed to have a TV . We were one of the first on the block . This was a big deal for an African-American family.

4 weeks ago
Scroll to Top