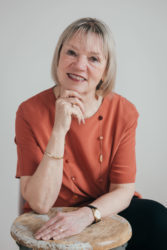 Today we are awash in celebrity culture.  In addition to movie, television, and music stars, we have Instagram Influencers, YouTubers, TikTok stars, celebrity chefs, and people made famous on reality TV shows.  But how did we get here, and why has the cult of celebrity become so dominant in our culture?

In this illustrated lecture, Professor Douglas will trace the origins of stardom back to the early film industry, explaining how and why it began to manufacture stars.  The talk will then lay out the metastasizing of celebrity culture in the 1970s and beyond, with the success of People, Barbara Walters’ specials, Lifestyles of the Rich and Famous, and Entertainment Tonight.  But by the early 21st century, with the proliferation of reality TV and the rise of social media, we got what one scholar called the “demotic turn,” where access to fame, however fleeting, became more democratized.  Professor Douglas will review the various theories about why celebrity culture has exploded, what some of its social functions are, and what its impact has been.

Celebrity:  A History of Fame, by Susan J. Douglas and Andrea McDonnell

Claims to Fame:  Celebrity in Contemporary America, by Josh Gamson

Celebrity Culture and the American Dream: Stardom and Social Mobility, by Karen Sternheimer

This was an exceptional lecture. The presentation was one that encouraged reflection and additional personal research. I will definitely endeavor to read one of her publications as well as related research regarding this fascinating topic.
Kudos!