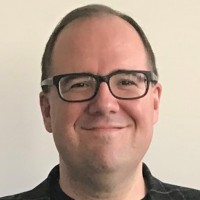 Robert Howard is Professor of Practice in the Computer Graphics Technology department at Purdue University, where he teaches game design and game history.  Previously, Rob worked in Silicon Valley for 21st Century Fox and Disney at Cold Iron Studios and was a designer on hit video games such as Despicable Me: The Game, Bioshock Infinite, and Batman: Arkham Origins. He recently published A Career in the Video Game Industry for eAcademicPress and is working on the game design textbook Game Design Fundamentals.

In the 19th century, publisher Milton Bradley created The Checkered Game of Life, which launched the board game industry. Meanwhile, in Cincinnati, an inventor named Montague Redgrave submitted a patent for “Improvements in Bagatelles,” thereby creating the precursor to the modern-day pinball machine. Over a century later, games are everywhere: in your home, at the arcade, and in your pocket!

From crossword puzzles to Minecraft to Wordle, is there anyone who does not play games today? In this fun class, Professor Howard will examine the history of games, beginning with the industrial revolution and how it influenced the demand for leisure activities from the first coin-operated amusements to the rise of digital entertainment in the late 20th century. We’ll look at: how the 19th century gave us our first true game designers, the Prussian war game that influenced every video game played today, and the circus carnival worker-turned-entrepreneur who turned the world upside down by creating Atari.  Not only will you learn where the games we play come from, but you might just learn something about why humans play them in the first place.

The Ultimate History of Video Games, by Stephen L. Kent

It’s All a Game: The History of Board Games from Monopoly to Settlers of Catan, by Tristan Donovan