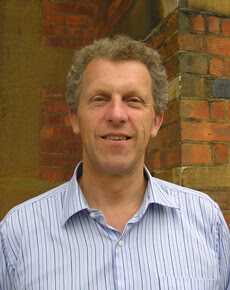 Christopher Gosden is Professor of European Archaeology and former curator-lecturer at the Pitt Rivers Museum at Oxford University. Professor Gosden’s most recent book is called The History of Magic, and he is currently writing Humans: The First Seven Million Years.  Dr. Gosden is a Trustee of the Art Fund, Oxford Archaeology and the British Museum, and a Fellow of the British Academy.

A History of Spiritually

We often see the universe around us as a cold and lifeless place, best understood through the principles of chemistry and physics. But many believe the universe is full of spirits, or bodies, that can influence the lives of people–such as through the notions of astrology. Is it possible to reconcile such views? Is a scientific idea of the universe always superior to a more animistic one?

A Journey Through the History of Human Spirituality

In this course, Professor Gosden will argue that human understanding has been based around science, religion and what he likes to refer to as “magic,” which Professor Gosden describes as “human participation in the universe.”  We’ll examine some forms of this participation and their cultural background in ancient China, the classical Mediterranean world, Europe, and the United States, and argue that it can be useful in giving us a moral relationship with the world. Certainly, that’s something that is particularly necessary now, in this period of environmental and climatic turmoil.

Recommended Reading About the History of Human Spirituality:

Discussion Questions for the History of Human Spirituality:

1)    How far do we think that the universe in which we live is sentient, animate and alive?

2)   What do we think about the relationship between magic, religion and science? Can they co-exist?