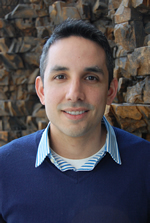 Aaron Copland (1900-1990) is ensconced in the annals of music history as one of the foremost composers of the 20th century. Perhaps the most salient part of his legacy, however, is that his music is suffused with a distinctly “American” character. Often, he accomplished this by writing works that evoked tableaus of American history and culture. Ironically, he began his career by studying composition at the famed Palais de Fontainebleau. During this period, Copland became wary of the increasingly dissonant music written by European composers of the age and, in his own works, would eschew modernistic tendencies such as atonality. During this program, Professor Gil Harel will discuss Copland’s important pieces, such as Appalachian Spring, Rodeo, Fanfare for the Common Man. and more. In each case, we will see how Aaron Copland – born in Brooklyn to a Jewish family of Lithuanian origin – embraced his love of and fascination with American culture to shape profoundly memorable musical compositions.

What to Listen for in Music, by Aaron Copland

Aaron Copland: The Life and Work of an Uncommon Man, by Howard Pollack

I enjoyed the look at Copland and his music. Seems like such a nice man. I am 62 and my introduction to Copland was through Emerson, Lake and Palmer versions of Fanfare and Hoedown. Thanks for mentioning that. Thanks again!