After World War I: The Collapse of Old Europe 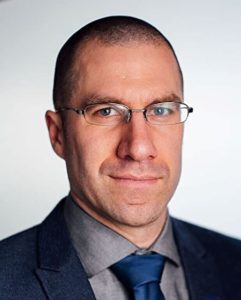 Jesse Alexander is a public historian based in Vienna, Austria. He holds an MA in Modern History from the University of Vienna, where he focused on propaganda in World War One. Jesse has also researched, written, and hosted documentary films on 19th and 20th century conflict, including “The Great War” series. He is the author of 16 Days in Berlin: The Final Battle of World War Two, and Rhineland 45: Decision in the West, and is currently working on a documentary and book about Napoleon’s invasion of Russia.

After four bloody years, at 11:00 am on November 11, 1918, the guns fell silent as an armistice brought a stop to World War One. Or did it? The war between the Allies and Central Powers was over, but much of Europe, Asia, and the Middle East was racked by war for nearly five more years. Right- and left-wing revolutions, coups, civil wars, wars of national liberation, Imperial interventions, and anti-colonial resistance plunged societies into chaos and helped shape today’s world. From Syria to Siberia and Berlin to Baghdad, American, British, German, French, Russian, Turkish, and Arab soldiers fought and died – long after the War to End All Wars was “over.”

In this talk, historian Jesse Alexander explains why World War One’s incomplete and messy ending(s) opened a Pandora’s Box of Imperial greed, national dreams, ideological extremes, and incredible suffering–despite and because of America’s arrival on the World Stage.

The Vanquished: Why the First World War Failed to End, by Robert Gerwarth

Peacemakers: The Paris Conference of 1919 and Its Attempt to End War, by Margaret Macmillan

Civil War in Central Europe, 1918–1920: The Reconstruction of Poland, by Jochen Böhler

1)    Why couldn’t the Allies agree on how the post-war order should be?

2)    Why didn’t the Allies impose peace after they’d defeated the Central Powers?

3)    What can we learn from a re-assessment of the fallen Empires and new nation states that emerged after them?