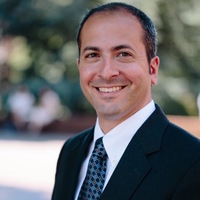 Andrew Sobanet is a professor of French and Francophone Studies at Georgetown University, where his research focuses primarily on the intersection of politics and literature and his interests include the twentieth-century novel, testimony, mass media, and European history. He has published widely on a variety of topics and is currently serving as Vice Dean for Faculty Affairs in Georgetown’s College of Arts & Sciences.

For generations, Albert Camus has been an existential and moral guide because of his basic belief in the strength of the human spirit.  This course will explore the foundations of Camus’s thought, focusing on concepts that are central to his vision of the human condition, including the absurd, rebellion, and solidarity.  We will trace his intellectual and political trajectory from the interwar period, through the Second World War, and the early Cold War era.  In doing so, we will better understand how Camus became one of the most celebrated writers and public intellectuals of the twentieth century, and why his writing is so relevant for our times.

The Myth of Sisyphus (essay)

The Cambridge Companion to Camus, by Edward J. Hughes

For such a deep subject, this Professor did an amazing job synthesizing the message of Camus’ works. Very interesting.

This discussion of Camus’ ideas and writings show that some human behaviors, such as the need to control and dominate others, including the idea that the means justify the end, seem universal and should be addressed by others; the current political push by authoritarian leaning politicians around the world currently testify to this reality. It was also easy to understand and logical.

Perhaps catching me at the right moment to resonate, but I found this a compelling lecture, one (and perhaps the first after 250+) that I’m eager to revisit, along with a more studied and complete reading of Camus’s body of work. Already googling professor Sobanet’s research as well. Thank you for arranging this session!

So helpful in helping me understand the struggle for each of us to find truth and meaning in life.