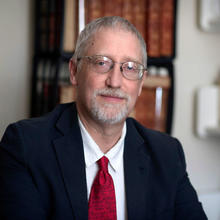 Alan Taylor holds the Thomas Jefferson Foundation Chair in the Corcoran Department of History at the University of Virginia. Professor Taylor previously taught at the College of William and Mary, Boston University, and the University of California at Davis, and served as the Harmsworth Professor at Queens College, Oxford University. The author of ten books, his most recent, American Republics: A Continental History of the United States, 1783-1850, won the Barbara and David Zalaznick Book Prize in American History. Two of his previous titles — William Cooper’s Town: Power and Persuasion on the Frontier of the Early Republic (1995), and The Internal Enemy: Slavery and War in Virginia (2013) — both won the Pulitzer Prize for American History.

In the spring of 1848, Americans in the east learned of the discovery of gold in California’s streams that flowed westward from the Sierra Nevada into the Sacramento River. Endorsed by the American president, the reports set off a rush by Americans — most of them ambitious young men seeking to escape the routines of farms and shops for the excitement and potential riches of California. They endured long, dangerous journeys — either across the continent with wagons, or by sea around South America, or via the Isthmus of Panama. And they created contentious, ramshackle communities next to the streams. The newcomers drove off Native Americans and marginalized the Hispanic people of California. By the end of 1849, California’s non-Native American population had doubled to 100,000. By pressing for prompt statehood, the newcomers sparked a political crisis in the American Congress.

The Shirley Letters: From the California Mines, 1851-1852, by Louise Clappe

Indian Survival on the California Frontier, by Albert L. Hurtado

The California Gold Rush and the Coming of the Civil War, by Leonard L. Richards

Days of Gold: The California Gold Rush and the American Nation, by Malcolm J. Rohrbough

1) How did the Gold Rush begin?

2) How did the Gold Rush affect Californios (Hispanics)?

3) How did the Gold Rush affect Native Americans?

4) How did the Gold Rush impact American politics?