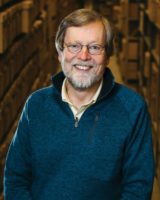 Robert W. Rydell is professor of history at Montana State University. The recipient of the Mary C. Turpie Prize from the American Studies Association, he has held the Fulbright Program’s John Adams Chair in American Studies at the University of Amsterdam, and a fellowship at the Netherlands Institute for Advanced Study in the Humanities and Social Sciences. Professor Rydell has authored many books and essays about world’s fairs, including All the World’s a Fair: Visions of Empire at American International Expositions, 1876-1916.

Facts About the History of World’s Fairs

World’s fairs made the world modern. It’s as simple–and complex–as that.  Born of acute and recurring social, economic, and political crises, world’s fairs have put the world on view and shaped the “world view” of millions – not just in terms of science, technology, and consumer product, but empire, as well. Beginning with London’s Great Exhibition of the Works of Industry of All Nations (1851), better known as the Crystal Palace Exhibition, a network of world’s fairs (now called World Expos) encircled the globe.  By 1940, they had attracted one billion visitors.  Since the Second World War, their popularity has waxed and waned, but they continue to be held around the world; Shanghai hosted a world expo in 2010 that attracted 70 million people, and a major world expo will soon be opening in Dubai. This course will briefly survey the history of these events and highlight one of the most important world’s fairs: the 1893 Chicago World’s Columbian Exposition.

Will There Ever Be a World’s Fair Again?

Professor Rydell also will explore the possibility of world’s fairs returning to the United States. What might a 21st century exposition look like?  How might a new U.S. fair represent Americans–not to mention people and cultures from around the globe in a world rife with environmental and economic challenges?

Discussion Questions about the History of World’s Fairs:

1. Close your eyes and clear your mind for 5 seconds. Now imagine a world without electric lights. Then imagine seeing a small city, a world’s fair for instance, illuminated at night by electricity for the very first time (and not so very long ago). How should we think about the impact of world’s fairs?

2. Shortly before he was assassinated at the 1901 Buffalo world’s fairs, President William McKinley called world’s fairs “timekeepers of progress.” How exactly have world’s fairs defined “progress?”

3. Ever since the first world’s fair concluded, pundits have proclaimed the end of the medium. Do you think world’s fairs have outlived their usefulness? If so, why did the US government rejoin the international convention that governs when and where these events can be held? And why is Dubai planning on opening a major world expo later this year (last year’s opening was postponed because of Covid-19)?

4. Ever since London’s 1851 Crystal Palace Exhibition, the US has been represented at world’s fairs (including recent world expos) by both US government and exhibits from corporations. Ask a first-grader how they think America should be represented at a future world expo. What should go on display? Ask yourself and ask your friends this same question