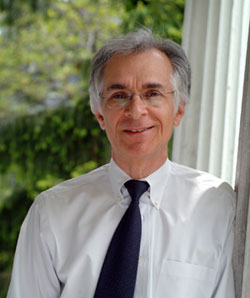 The Problems With American Democracy

As is well known, America’s founding political commitments were to democracy and the rule of law. Some have described them as the soul and spirit of our nation. And over the generations citizens have given their lives to preserve those commitments. But it turns out that their meanings are contested and open to interpretation. This lecture will discuss those contested meanings as they have played out in American history. We will, in addition, assess the health of democracy and the rule of law in the United States. We will consider challenges posed by the Watergate scandal, life in an age of terrorism, and the relationship between the Executive and Judicial branches of our national government.

Today some believe that the rule of law and democracy are under attack by the current administration. But, could it be this is be a symptom rather than a cause of what some see as our current crisis? Does America face an erosion of public faith in long taken-for-granted aspects of our political life? As we answer those questions we will discuss the meaning and advantages of the rule of law and democratic governance.

Learn more about our democracy in America today by checking out other great online lectures at OneDayU, including ‘A 400 Year History of Religion In America‘, A Different America: How The Country Has Changed From 1969 Until Today’ & ‘Four Memorable Musicals That Changed Broadway’ all on-demand now.

Learn More About Democracy in America Today from Austin Sarat

Austin Sarat is Associate Provost and Associate Dean of the Faculty and William Nelson Cromwell Professor of Jurisprudence and Political Science at Amherst College. He is author or editor of more than ninety books including “The Death Penalty on the Ballot: Democracy and the Fate of Capital Punishment”. A profile of him in US News and World Report noted that he is “one of the best loved professors at Amherst College”

I was surprised to see so few black people in your audience. The apathy of the group was evident. When you are enjoying your place in “Democracy” and are in the “majority” why would you want things to change? The truth is, things are changing. You can be part of the Change or be left on the side of the road. Those who have been there for a long time are moving onto the road.

4 days ago
Scroll to Top