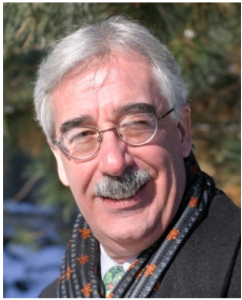 Ken Bartlett is Professor of History and Renaissance Studies at the University of Toronto. His teaching has been recognized with many awards, including the prestigious 3M National Teaching Fellowship. Professor Bartlett has appeared in several TV series, such as Museum Secrets, and worked on Renaissance exhibitions at Toronto museums. He is the author of many books, including The Renaissance in Italy: A History (2019), and five video series, including The Smithsonian Essential Italy.

What creates and drives genius? Why are some geniuses universal in their ability and others focused on a single discipline or interest? This class will investigate perhaps the most remarkable universal genius produced by the Italian Renaissance – or any other historical period. Leonardo Da Vinci was a painter, sculptor, military and civil engineer, experimental scientist and courtier. His work remains among the most celebrated in the history of art, as his Mona Lisa is the single most famous painting in the world; and his speculation on human flight, military machines and huge public works, such as diverting rivers, operate on a scale previously unimaginable.

We will follow this remarkable man from his birth, the illegitimate son of a minor notary in a provincial town, to his death in France where he had been given a castle by his last great patron, King Francis I. At the end of this presentation, you will have learned about many of Da Vinci’s major accomplishments, and how one man succeeded in bringing together all of the perspectives and ambitions of the Renaissance as well as establishing the platform that would create the modern world: experimentation and the precise observation of the natural world and the human condition.

Learn more about our history by checking out other great videos at OneDayU, including ‘A Grand Tour Of Italy‘, Masterpieces Of Art That Changed All The Rules’ & ‘Beethoven & The Beatles: Hearing The Connection’ all on-demand now.