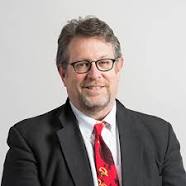 Aretha Franklin’s voice was a gift from God, so it’s appropriate that she grew up singing in her father’s church. Her talent was too great to be kept secret, so as a young woman, she was signed to Columbia Records by John Hammond. What could go wrong? Hammond was the force behind Robert Johnson, Bessie Smith, Benny Goodman and — eventually — Bob Dylan, Bruce Springsteen and Stevie Ray Vaughan. But lots went wrong. Aretha Franklin’s recordings for industry giant Columbia Records were … OK. After her five-year contract expired, Jerry Wexler pounced. Wexler was with independent label Atlantic Records. He had the genius idea of taking Aretha Franklin south, to a small studio in Muscle Shoals, Alabama. On an afternoon in 1966, her direction — and the direction of popular music — was forever changed. And then Aretha disappeared.

1.)    How did Jerry Wexler succeed with Aretha Franklin and why did John Hammond fail?

2.)    What was the key element in the Muscle Shoals studio that made Franklin comfortable?