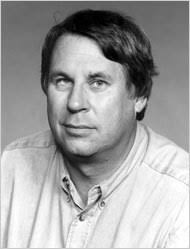 Raymond Arsenault is the John Hope Franklin Professor of Southern History emeritus at the University of South Florida.  A graduate of Princeton and Brandeis Universities, he has also taught at Brandeis, the University of Minnesota, the University of Chicago, and as a Fulbright lecturer in France. One of the nation’s leading civil rights historians, Arsenault is the author of several acclaimed and prize-winning books, including Freedom Riders: 1961 and the Struggle for Racial Justice, The Sound of Freedom: Marian Anderson, the Lincoln Memorial, and the Concert That Awakened America, and Arthur Ashe, A Life.  The 2011 PBS American Experience documentary Freedom Riders, based on his book, won three Emmys and a George Peabody Award. He is currently writing a biography of the civil rights icon John Lewis.

Time and again, Arthur Ashe’s extraordinary life defied conventional wisdom: from his early years as a tennis prodigy, to his unorthodox campaign against apartheid in South Africa; to his unexpected 1975 triumph at Wimbledon, to his off-court career as a public intellectual, and his personal struggle against AIDS. He was a black man in a white man’s sport, an independent spirit in a professional culture that demanded conformity, a consummate gentleman in a grinding arena of winner-take-all competition, and an apostle of moral courage in an age of self-interest:  in essence, he was the perennial exception.

Ashe did not make it to the age of fifty–succumbing to complications related to AIDS in 1993. But his abbreviated saga remains one of the great stories of the twentieth century. Few athletes of any longevity have influenced more individuals and institutions or left a more distinctive legacy. In this lecture, based on his comprehensive biography Arthur Ashe, A Life (2018), Professor Raymond Arsenault will place this great and good man in the context of both his time and the long struggle of African American athletes seeking equal opportunity and respect.