Author in Chief: Our Presidents and the Books They Wrote 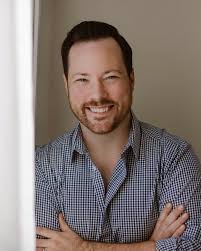 Craig Fehrman has taught at Yale University and Indiana University, Bloomington. He is the editor of The Best Presidential Writing, and his journalism has appeared in The New York Times and The Washington Post, among others. Fehrman is the author of Author in Chief: The Untold Story of Our Presidents and the Books They Wrote, which the Wall Street Journal called “one of the best books on the American presidency to appear in recent years.”

Most Americans know Abraham Lincoln’s famous words in the Gettysburg Address. But few could name the book that helped him win the presidency: a speech collection he assembled secretly and published just before the election of 1860.

Presidential books, it turns out, have made a huge and overlooked impact on American history, beginning with volumes written by Thomas Jefferson (the first campaign book) and John Adams (the first presidential memoir). In this lecture, Craig Fehrman will draw on ten years of research into this topic to tell fresh stories about Lincoln, Jefferson, Adams, Kennedy, Reagan, and other iconic presidents. He also will explain how a literary lens can reveal surprising sides to even these well-known presidents. Looking at presidents as they write means going behind the scenes and seeing them at their most human. We’ll discover what presidential books can reveal about history — and the humans who wrote them. Fehrman’s lecture also will share some behind-the-scenes details about the process that goes into writing a unique history book.

Learn more about books written by Presidents and other important topics by checking out additional great videos at OneDayU, including ‘The History Of American Immigration Policy’, ‘Alexander The Great Career & Characteristics’ & ‘Beethoven’s Ninth Symphony ’ all on-demand now.

An excellent speaker who is clearly enthusiastic about his topic. Fehrman offers great insights into and stories about Presidents who wrote books. As an author myself, it was interesting to hear him talk about not only the writing process of Presidents, but also his own. By looking where others hadn’t, he reveals new information about our leaders, which gives us a fuller understanding of their lives and thoughts.