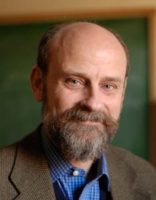 In 1935, Ernest Hemingway made a pronouncement that has become famous: “All modern American literature,” he declared, “comes from one book by Mark Twain called Huckleberry Finn.” Hemingway’s remark is widely quoted among writers and scholars, and it is rarely disputed. The Twain novel that Hemingway so admired is 138 years old this month and still selling strongly. But what are the origins of Huck Finn? That is, where did the book come from? And perhaps more to the point, where did that character Huck Finn come from?

In this lecture, we’ll explore the sources Twain drew on for his novel of the Mississippi and discuss how he became a writer in the first place. It seemed so unlikely. That’s the funny thing about Mark Twain: he did not set out to be a writer at all. No, the popular and admired author initially set his sights on a very different career. As a youth, he was committed to the idea that the most exalted calling on Earth was to pilot steamboats on the broad and mighty Mississippi River. That’s where we find him at the start of this talk.