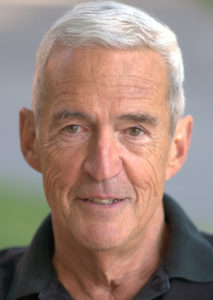 Thomas Kelly is a Morton B. Knafel Research Professor of Music at Harvard University. He was named a Harvard College Professor in recognition of his teaching and won the Otto Kinkeldey Award of the American Musicological Society for “The Beneventan Chant.” His books include First Nights: Five Performance Premieres, First Nights at the Opera, and Capturing Music: The Story of Notation. Professor Kelly is a member of the American Academy of Arts and Sciences, an Honorary Citizen of the city of Benevento, and a Chevalier de l’Ordre des Arts et Lettres of the French Republic.

Beethoven’s symphonies are sometimes referred to as a “cycle,” as though they had been composed together and were intended somehow to belong together. In fact they represent compositions for public performance from all periods of Beethoven’s life. There is also evidence of symphonies, or plans for symphonies, from before and after the symphonies that we now know.

Some of Beethoven’s symphonies do belong together, in a sort of complementary pairing that reflects something about each member of the pair. We’ll discuss what else was going on in Beethoven’s mind as he composed these symphonies as well as the context, and the possible pairing, of the Ninth Symphony, which Beethoven did not intend to be his last!