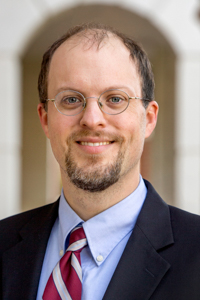 This class will discuss flag desecration in U.S. history, including instances when Americans burned, trampled, spit on, and tore the national symbol. Drawing on little-known cases from the Civil War, World War 1, and Vietnam, and–in the wake of the presidential election of 2016–Dr. Jonathan W. White will elucidate some of the reasons that Americans showed disrespect for the American flag, and how the state and federal governments responded. While many Americans are familiar with the landmark Supreme Court case Texas v. Johnson (1989), which held that flag burning was a constitutionally protected free speech right, the history of flag burning is far more interesting than that one famous case.

Desecrating the American Flag: Key Documents of the Controversy from the Civil War to 1995, by Robert Goldstein

Emancipation, the Union Army, and the Reelection of Abraham Lincoln, by Jonathan W. White

1. Should flag burning be considered protected symbolic speech or is it an act that can be punished?

2. Why and how have views about the American flag changed over time?

3. Is the flag a unique and special symbol deserving of special protection?