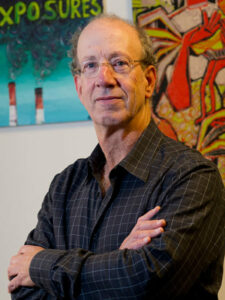 Phil Brown is University Distinguished Professor of Sociology and Health Sciences at Northeastern University, where he directs the Social Science Environmental Health Research Institute and is on the Executive Committee of the Jewish Studies Program. For 13 years, Brown ran an annual History of the Catskills Conference, and he is founder and President of the Catskills Institute: an organization that holds the world’s largest archive of Catskills items and records Catskills history through conferences, public speaking, and scholarly research. He has written: Catskill Culture: A Mountain Rat’s Memories of the Great Jewish Resort Area; In the Catskills: A Century of The Jewish Experience In “The Mountains” (editor), and Summer Haven: The Catskills, the Holocaust, and the Literary Imagination (co-editor with Holli Levitsky).

In this unique new class, professor Phil Brown will talk about the Jewish experience in the Catskills, from the first Jewish boarding house just before the turn of the 20th century, through the decline and current transformation. You’ll see the hotels and bungalow colonies and learn about the people who stayed and worked there, as well as the food and entertainment that sustained them. Professor Brown’s many years of living and working in the Catskills provides a rich trove of material on this magical world that continues to resonate in the popular imagination. He will also discuss the inaccuracy of certain portrayals of the Catskills in popular culture, such as the film Dirty Dancing and TV show The Marvelous Mrs. Maisel, while talking about the accuracy and deep sensitivity of films such as Sweet Lorraine and A Walk on the Moon.

In the Catskills: A Century of The Jewish Experience In “The Mountains” – Phil Brown, ed.

Summer Haven: The Catskills, the Holocaust, and the Literary Imagination — Holli Levitsky and Phil Brown, eds.

He Had It Made, by Sidney Offit