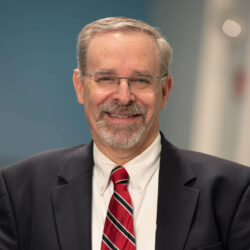 On February 25, 1964, in Miami, a 22 year-old boxer by the name of Cassius Clay defeated Sonny Liston and became the Heavyweight Champion of the World. While the much-acclaimed movie One Night in Miami has been described as more fiction than fact, the truth is that evening did represent a seismic change in the young boxer’s life. Cassius Clay, Malcolm X, Sam Cooke, and Jim Brown would meet at the Hampton House Hotel – beginning a string of events that would culminate in a hearing before the Supreme Court of the United States.

The newly crowned Champ would tell the world that he had embraced Islam and would change his name to Muhammad Ali. He would become a voice for the Civil Rights Movement, and he would refuse the call of the Selective Service Committee in his hometown of Louisville, Kentucky. The idea of an individual proclaiming to be a conscientious objector to military service goes back to Roman times; so why was Clay’s statement of his faith rejected? This course will uncover the information that became accessible from the archives of the government and will explore the government’s efforts to demonize Ali — only to have their efforts thwarted by the conscience of a law clerk.

Great lecture. Where did Howard Cosell fit into this story ?