Did the Dinosaurs All Die in One Day? Drilling for Clues About What Really Happened 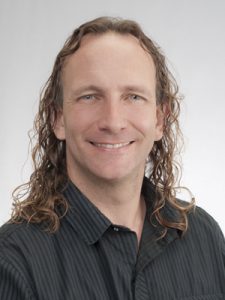 Sean Gulick is a Research Professor at the University of Texas at Austin, Jackson School of Geosciences.  In 2016, Sean served as co-chief scientist on the International Continental Scientific Drilling Program Expedition, drilling the K-Pg Chicxulub impact crater. This work has been highlighted in several documentaries, including the Nova special: “Day the Dinos Died.” He has authored or co-authored over 120 scientific papers, is a Fellow of the Geological Society of America, and Co-Directs the Center for Planetary Systems Habitability.

What Really Happened To The Dinosaurs?

In this class, University of Texas Professor Sean Gulick will take you on a journey through time — represented by the scientific drilling cores — including an unprecedented look at the events of the very first day after impact.

What “impact” are we talking about? The most recent of Earth’s five largest mass extinction events occurred 66 Million years ago, when a 25-pound asteroid impacted what is today the Yucatán Peninsula in México, producing the 125-mile wide crater. This impact, by some estimations, drove the extinction of 75% of life on Earth — including nearly all the dinosaurs.

In 2016, 800 yards of core was recovered from the impact structure. Core analysis and geophysical site survey data have led to a series of exciting advancements in understanding how the impact affected the Earth’s environment, which in turn lead to the mass extinction of the dinosaurs.

Enjoyed Learning About How The Dinosaurs Died Out – Learn more!

Learn more about what happened to the dinosaurs and other great historical topics by checking out other videos at OneDayU, including ‘The Real Story of P.T. Barnum, ‘America & WW2’ & ‘The Future of Airline Travel’ all on-demand now.