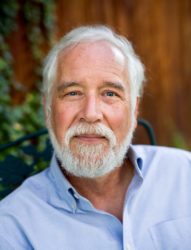 Ernest Freeberg (Ph.D., Emory University) is a Distinguished Professor of Humanities and head of the History Department at the University of Tennessee-Knoxville. He is the author of four books, including the award-winning Democracy’s Prisoner: Eugene V. Debs, The Great War, and the Right to Dissent.  Professor Freeberg is a Distinguished Lecturer for the Organization of American Historians.

In the summer of 1918, as U.S. soldiers fought and died on the battlefields of France, socialist leader Eugene V. Debs gave a speech denouncing World War I as a “Wall Street war” that benefited only the rich. Because of this speech, Debs was labeled “a clear and present danger” to national security and sentenced to ten years in a federal prison. Two years later, Debs ran for president and won almost a million votes — without ever leaving his Atlanta jail cell. Most cast their vote for him not in support of his politics, but of his right as an American to speak freely, even in time of war. Though eventually pardoned, Debs’ imprisonment sparked an argument that still rages: is protest in times of war a democratic right or an act of treason?  In this talk, we’ll explore this incident that sparked a national debate over the meaning of the First Amendment and the government’s power to silence its critics.

Democracy’s Prisoner: Eugene V. Debs, the Great War, and the Right to Dissent, by Ernest Freeberg

The Great Dissent: How Oliver Wendell Holmes Changed His Mind—And Changed the History of Free Speech in America, by Thomas Healy

I learned a lot about a man that I have heard of, but knew very little about. Informative talk, highly relevant to today’s politics.

It is interesting that those who try to defend the ideals that the country was founded on are always blocked by those who have benefited most by those same ideals.