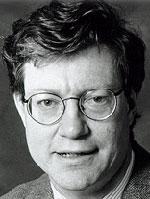 Richard Pious is a professor of political science and Adolph S. and Effie Ochs Chair in History and American Studies at Columbia University. He also joined the Barnard faculty in 1973. Professor Pious has been an adviser to the Hungarian Academy of Sciences and the Russian Mission to the United Nations, and he regularly consults for the Foreign Ministry of Japan. He is the author of several books, including The American Presidency: The President, Congress, and the Constitution.

When Harry S. Truman became President, he asked the press corps to pray for him. Public and pundits alike saw him as a machine politician unlikely to possess the vision or political skills necessary for success in the Oval Office. Yet within five years Truman had made decisions that ended World War II, established policies of reconstruction in Western Europe, created new American interests in the Middle East, and relied on military power to contain the expansion of communist regimes.

Truman evolved from an incumbent who was highly dependent on his national security advisers, to a Commander-in-Chief who sometimes acted contrary to the advice of the highest-ranking officials in his administration. Truman was more than just  "present at the creation" of the postwar international order, he actually laid the groundwork for the subsequent rise of an "imperial presidency" utilizing unprecedented war powers.