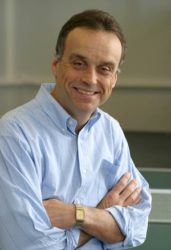 Andrew Nagorski formerly taught International Affairs at Bard College, and served as a Foreign Correspondent for many years at Newsweek.  His books include 1941: The Year Germany Lost the War, The Nazi Hunters, and Hitlerland: American Eyewitnesses to the Nazi Rise to Power.

By the end of 1940, Hitler’s armies ruled most of Europe, but by the end of 1941 he had already squandered his chances for victory in World War II. In this program, historian Andrew Nagorski discusses how Hitler was underestimated during his rise to power and early conquests; how close he seemingly was to victory in 1940; and how he then made a series of disastrous miscalculations that sealed his country’s fate in the pivotal year 1941.

Hitler repeatedly gambled on escalation: by invading the Soviet Union, by making mass murder and terror his weapons of choice, and by driving Churchill and Roosevelt into a de facto alliance even before the United States formally entered the war. All of which set the stage for Germany’s ultimate defeat. But, as Nagorski explains, there was nothing inevitable about this sequence of events.