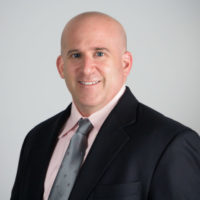 President Gerald Ford is oftentimes viewed as a caretaker president who entered the Oval Office through an unprecedented series of events, whose only significant act was to pardon Richard Nixon, and who could not win a presidential election in his own right. What contributed—and continues to contribute—to this assessment is image. When Ford fell down the stairs of Air Force One, it gave way to a popular depiction of him as physically unsteady.  Furthermore, several of his initiatives and comments–whether they be the Nixon pardon, the Whip Inflation Now campaign, the “Halloween massacre,” or his gaffe in his second debate with Jimmy Carter–lent credence to the notion that there was a connection between his apparent klutziness and a lack of intelligence. A closer look reveals that such assessments are unfair. Ford had some significant accomplishments, even though he had to contend with a Republican Party and a country in a period of transition.