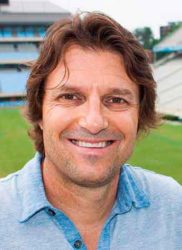 Where does the game of football come from? And how did it go from an unorganized game called “rugby” to the sport that dominates the American college and cultural landscape? In this lecture we will discuss the genesis of the game as well as explore the four most important moments in the history of college football. Among those making appearances in this lecture are U.S. Presidents Teddy Roosevelt, Dwight Eisenhower, and Richard Nixon, the Chief Justice of the Supreme Court Earl Warren, Martin Luther King, Jr., and the Grim Reaper.

Reading Football: How the Popular Press Created an American Spectacle, by Michael Oriard

Season of Saturdays: A History of College Football in 14 Games, by Michael Weinreb

Prof Andrew did a really good job of giving an historical timeline of the sport and drilling down to all the nuances and impacts college football has had on American culture. Very interesting!

4 months ago
Scroll to Top