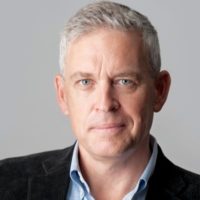 Who was Joseph McCarthy, and how did this relatively unknown junior senator from Wisconsin become the face of the 1950s anti-communist frenzy called “the Red Scare?”

From the start of the Bolshevik Revolution in 1917, Americans were wary about the new ideology of Communism, which posed a threat to democratic capitalism. At the end of World War I, the U.S. government moved swiftly to suppress any signs of Communist activity. But to some Americans, especially during the Great Depression, the ideals of Communism held strong appeal. When the Cold War began in 1945, the federal government, along with universities, the entertainment industry, as well as many labor unions, worried that Communist sympathizers had worked their way into positions of influence, and they sought to unmask them.

Joseph McCarthy, a World War II veteran who sported the nickname “Tail-Gunner Joe,” did not create anti-Communism alone, but he was a keen politician who knew how to profit from the issue. In 1950, he alleged that Communists had secretly infiltrated the U.S. government–especially the State Department. He could never adequately verify his accusations, but publicized hearings in front of TV cameras made suspects appear guilty anyway. He pointed a menacing finger at anyone who challenged him, even alleging that General George C. Marshall was a traitor for the Reds. Using the “big lie,” McCarthy twisted the nation into an agonizing period of enmity and conflict.

This lecture will address these questions: Why did so many Americans believe in McCarthy’s claims and accept his conspiracy theories? Why did support for McCarthy evaporate so quickly in 1954? These are urgent questions for understanding our past, and our present, times.

Nightmare in Red: The McCarthy Era in Perspective, by Richard M. Fried

Age of Eisenhower: America and the World in the 1950s, by William Hitchcock

A Conspiracy So Immense: The World of Joe McCarthy, by David M. Oshinsky

Many Are the Crimes: McCarthyism in America, by Ellen Schrecker

1 year ago
Chauncey Wilson
Nuanced Review of the Red Scare

An excellent an nuanced lecture on McCarthyism and the Red Scare. Excellent and thoughtful content highlighted how the Red Scare continues in subtle ways today. Details about how politicians tried to handle McCarthy were fascinating. I would enjoy more talks from this speaker.

Thanks for a very informative overlook of the McCarthy years. You also did a masterful job of drawing the parallels between that time and ours, without stepping on any toes.

10 months ago
Scroll to Top