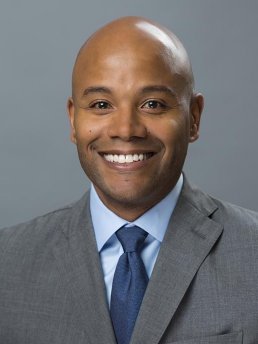 Peniel E. Joseph holds the Barbara Jordan Chair in Ethics and Political Values at the LBJ School of Public Affairs and is professor of history and Founding Director of the Center for the Study of Race and Democracy at the University of Texas at Austin. The author and editor of six books on African American history, he is a frequent national commentator on issues of race, civil rights, and democracy and a contributing op-ed columnist for CNN.com. His most recent book, The Sword and the Shield: The Revolutionary Lives of Malcolm X and Martin Luther King Jr., has been named one of the “100 Must Read Books of 2020″ by Time magazine.

Dr. Martin Luther King Jr. is the most important civil rights leader in American history, whose commitment to Black citizenship helped to inaugurate a new birth of freedom, both domestically and internationally. In the years before his 1968 assassination, King became a national symbol for racial justice, a Nobel Prize-winning global political mobilizer, and a statesman who dined with presidents and royalty. And at the same time, he organized alongside of the racially and economically oppressed. He has become extolled as a contemporary founding father who made racial justice central to the American postwar political project. We commemorate his legacy annually as one of the few remaining symbols of bipartisanship, racial unity, and political progress.

In this course, Professor Peniel E. Joseph will examine the parts of King’s political legacy that we too often forget as a nation. King’s unwavering commitment to non-violence as a political strategy obscures the revolutionary nature of his resistance to racial segregation, war, violence, and poverty. King’s political thought and activism reverberates now more than ever, in the age of racial division. This lecture allows us to better understand King’s search for the “Beloved Community” in the 1960s and in our own age, as well.