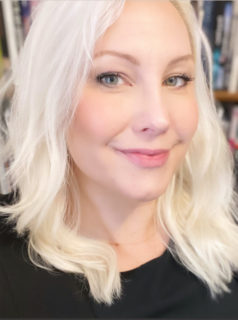 An art historian by training, Dr. Tina Rivers Ryan is currently Assistant Curator at the Buffalo AKG Art Museum in Buffalo, New York. She holds a BA from Harvard, three master’s Degrees, and a PhD from Columbia, and has taught classes on art at institutions including the Museum of Modern Art, the Pratt Institute, and Columbia University, where she was one of the top-ranked instructors of the introduction to art history, “Art Humanities: Masterpieces of Western Art.” A regular critic for Artforum, her writing has also appeared in periodicals such as Art in America and Art Journal, and in catalogs published by museums including The Metropolitan Museum of Art and the Walker Art Center.

In this lecture, art historian Dr. Tina Rivers Ryan examines the masterpieces of 19th century French painter Édouard Manet, whose scandalous paintings are widely considered the first examples of modern art. From 1863’s “Olympia” to 1882’s “Bar at the Folies-Bergère,” Manet introduced shocking subject matter and stylistic innovations that came to define modern art for a century, from Pablo Picasso to Jackson Pollock.