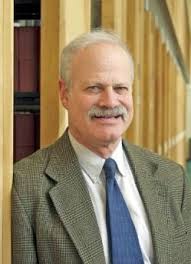 The Significance Of The Pentagon Papers

Published by The New York Times in 1971, The Pentagon Papers divided an already deeply fractured nation with startling and disturbing revelations about the United States’ involvement in Vietnam. The Washington Post called them “the most significant leaks of classified material in American history” and they remain relevant today as a reminder of the importance of a free press. Indeed, they are a focal point of The Post, a new film by Steven Spielberg about that era.

This timely class will focus on how the necessity to ensure national security must be reconciled with the rights guaranteed in the First Amendment – a democratic dilemma that continues to demand public attention. That challenge certainly reached a flashpoint when the press leaked the Pentagon Papers, a top-secret account of the origins of the Vietnam War – while it was still raging.

The Impact Of The Pentagon Papers

No constitutional case in American history became more urgent or more important in testing how free the media were (or are) in revealing to the citizenry what the U.S. government intended, while pursuing a war, to keep secret. Nearly five decades later, the political and legal issues that the episode exposed deserve to be pondered and evaluated again. Learn more about history by checking out other great videos at OneDayU, including ‘Three Musical Masterpieces Every Music Lover Should Listen Too, ‘Unexplained History ’ & ‘The Jewish Brain’ all on-demand now.