P.T. Barnum: The Man, The Myth, The Legend 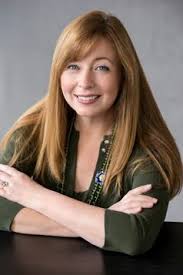 Kathleen Maher is celebrating 22 years as Executive Director of the Barnum Museum, which is listed on the National Register of Historic Places. A noted authority on all things related to Phineas Taylor Barnum, she is a frequent guest historian on the History Channel, A & E, BBC, PBS and NPR, to name a few. Ms. Maher holds gubernatorial appointments to the Connecticut State Historic Preservation Council and the State Library and Museum of Connecticut History and Heritage. Under her leadership, the Barnum Museum is focusing on new and innovative methods of experience development, integrating history, arts, storytelling, gaming, science and technology to create a dynamic 21st century Museum for the future.

The Real Story of P.T. Barnum

Known to most of the world as the “Great American Showman,” for more than 170 years the name P.T. Barnum has conjured ideas of humbug and merriment, provoked thought and invited controversy, and engaged and challenged the skeptic.

Although the Barnum name lives on today as part of the American circus legacy, P.T. Barnum’s story begins long before his circus enterprise was created. It was, in fact, his life-long love of his American Museum in New York City that drove his passion and revealed a genius beyond the ideals of 19th century society. Through the success of his American Museum, Barnum realized that conventional ideals could be transformed through ingenuity and innovation. His pioneering spirit of promotion and his acumen for business transformed customary conceptions of the era, in turn molding and defining many ideals of popular culture today.

In this fun and fascinating session, Executive Director of the Barnum Museum, Kathy Maher, will explore Barnum’s 19th century social, commercial, political and industrial impacts. By incorporating exclusive museum artifacts, as well as examples from the recent popular film “The Greatest Showman,” she will demonstrate how P.T. Barnum inspired a new American society to reach beyond the limits of ordinary expectations–to see the world as a place of opportunity and wonder.

Learn more about P.T. Barnum and other important historical figures by checking out other great videos at OneDayU, including ‘Is The Death Penalty Right or Wrong? , ‘The Psychology of Humor ’ & ‘What Really Happened To The Dinosaurs’ all on-demand now.