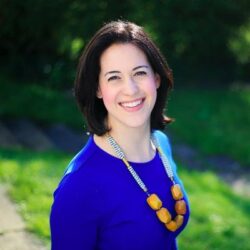 Jacky Klein is an art historian and Associate Lecturer at the Courtauld Institute of Art master’s program. She previously worked as a curator at several leading London galleries (including the Tate), and is the author of a bestselling book on British artist Grayson Perry and co-author of several other titles, including Alfred Cohen: An American Artist in Europe, Body of Art, and What is Contemporary Art? She lectures each year in Venice on Peggy Guggenheim and leads tours of her art collection at the Palazzo Venier dei Leoni.

How did the socialite and muse, Peggy Guggenheim, become one of the greatest collectors in the history of modern art? Friends with the leading cultural figures of her day – including Jean Cocteau, Scott Fitzgerald, Ian Fleming, Marlon Brando, Louise Bourgeois and Igor Stravinsky – she was photographed by Man Ray and Lee Miller, took advice from Marcel Duchamp, and married the artist Max Ernst (among others). She moved with ease between the social elites of New York and the bohemia of Paris. In this lecture, art historian Jacky Klein will reveal why – seemingly out of the blue – Guggenheim started collecting contemporary art in the 1930s; what impact her galleries in London and New York had on artists and the wider art world; how and why her name became inextricably linked with the city of Venice; and ultimately, how a New York heiress played such a pivotal role in the making of mid-century Modernism.

Mistress of Modernism: The Life of Peggy Guggenheim, by Mary V. Dearborn

Peggy Guggenheim: The Life of an Art Addict, by Anton Gill

Peggy Guggenheim: The Shock of the Modern, by Francine Prose

Peggy Guggenheim: A Celebration, by Karole Vail and Thomas Messner — exhibition at the Guggenheim Museum in New York

Fabulose lecture.
I hope there will be many more from Jacky Klein

THANKS FOR DOING YOUR BACKGROUND INFO so well.
Nicely done.

It is interesting to learn of the beginnings and influences in those who have shaped what we are exposed to in art galleries today.