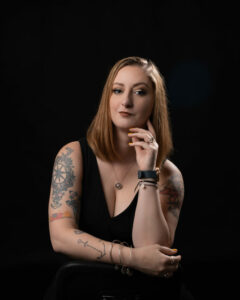 Jamie L.H. Goodall, PhD, is a historian at the U.S. Army Center of Military History* and an instructor for Southern New Hampshire University’s College of Online & Continuing Education. She has a PhD in History from The Ohio State University with specializations in Atlantic World, Early American, and Military histories.  Her publications include a National Geographic bookazine on global piracy, Pirates of the Chesapeake Bay: From the Colonial Era to the Oyster Wars, and Pirates and Privateers from Long Island Sound to Delaware Bay. *This presentation reflects the lecturer and does not necessarily reflect the values or opinions of the U.S. Army or the Department of Defense

The so-called Golden Age of piracy was a time of heightened piratical activity in the Atlantic Ocean between 1650 and 1730. Infamous pirates like Black Sam Bellamy, Captain Kidd, Anne Bonny and Blackbeard operated in and around the port cities of the colonial Atlantic world, ports which were crucial to regional and global economies.

This truly unique and unusual class will take you back to learn more about these outlaws of the sea, including the dangerous lives they led, their motivations to enter a world of intrigue, and the treasures they plundered. What enabled pirates to flourish for nearly a century and what led to their decline? This lecture will upend what you thought you knew about this Golden Age of piracy. Who they were, who were they secretly working for, and how  they become “Disney-fied.” Did they really have peg legs and eye patches, bury their treasure, and force their victims to walk the plank? Climb aboard and find out for yourself!

Simon, Rebecca. Why We Love Pirates: The Hunt for Captain Kidd and How He Changed Piracy Forever. Coral Gables, FL: Mango Publishing, 2020.