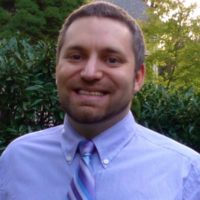 Dr. Brian Rosenwald is a Scholar-In-Residence at the Partnership for Effective Public Administration and Leadership Ethics at the University of Pennsylvania, and a professor at Penn. A political analyst for NBC10 in Philadelphia, he regularly appears on CNN and NPR, and has written for or contributed to The Atlantic, The Washington Post, Politico, The Wall Street Journal, The New York Times and The New Yorker. Professor Rosenwald is Editor-In-Chief of the “Made by History” section of the Washington Post, and author of Talk Radio’s America: How an Industry Took Over a Political Party that Took Over the United States.

An Overview of Political Broadcasting

What if the force that has redefined politics over the past 30 years was never intended to have a political impact? No, not the internet, but political talk radio. The development of a highly conservative, “in your face” talk format was in many ways an accident­ dependent partly on certain industry and regulatory transformations, and partly on the supreme talent of as unlikely a political star as there will ever be: an oft-fired former disc jockey and marketing executive for the Kansas City Royals named Rush Limbaugh.

This lecture will explore how this political colossus exploded onto the scene in the late 1980s and early 1990s. Professor Rosenwald will trace its development and explore how it slowly reshaped American politics­–driving gridlock and polarization, and producing an extreme right-wing Republican Party that views politics as warfare and was perfectly situated to elect America’s most unlikely president. We’ll shine a light on liberal radio’s failure and interrogate what the imbalance in perspective-driven media has meant for politics and culture.

Learn more about political broadcasting by tuning into our political lectures every week. Listen to political courses online & on-demand, including courses in history, politics, & international relations, political theory courses, political psychology courses, and some of the best online history lectures from top professors in the country.