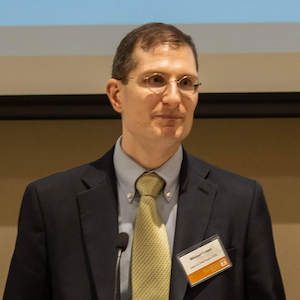 Michael David Cohen is a research professor in the Department of Government and a faculty fellow in the Center for Congressional and Presidential Studies at American University. He serves as editor of the Correspondence of Zachary Taylor and Millard Fillmore project. From 2009 to 2019, at the University of Tennessee, he was assistant editor and then editor of the James K. Polk Project. Besides three volumes of the Correspondence of James K. Polk, he has published Reconstructing the Campus: Higher Education and the American Civil War and the forthcoming James K. Polk and His Time: Essays at the Conclusion of the Polk Project. He has spoken about the Polk family on the Voice of America and supplied research to the writers of Jeopardy!

When James K. Polk was inaugurated president in 1845, the United States extended only from the Atlantic Ocean to the eastern border of Texas. Four years later, it was a transcontinental nation with boundaries close to those we know today. It was also in the throes of an intensifying debate over the enslavement of African Americans — one that a dozen years later would erupt in civil war.

In this lecture, Professor Michael Cohen will chronicle Polk’s successful efforts—through diplomacy with the United Kingdom and the Republic of Texas, and through a war with Mexico—to increase the United States’ size by one-third. He then will explore the consequences of Polk’s decisions for sectional divisions, for People of Color, and for religious minorities including Catholics and Mormons. Polk firmly believed in constitutional principles, such as representative government and the separation of church and state. But his vision of democracy excluded many of the people inhabiting the newly expanded country.

Polk: The Man Who Transformed the Presidency and America, by Walter R. Borneman

I enjoyed your lecture. Very informative.